How battery storage would change the way we think about energy? 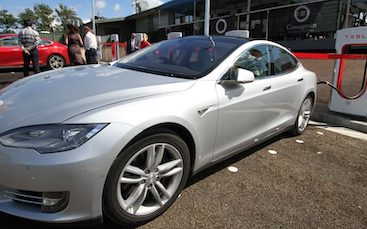 How battery storage would change the way we think about energy?

The electricity grid is a complex system in which power supply and demand must be equal at any given moment. Constant adjustments to the supply are needed for predictable changes in demand, such as the daily patterns of human activity, as well as unexpected changes from equipment overloads and storms.

Energy storage plays an important role in this balancing act and helps to create a more flexible and reliable grid system.

What is happening globally in Battery Storage?

The need to support the rapid growth of solar and wind power, integrate distributed energy resources, and drive system efficiencies are compelling energy providers to evaluate options for grid-scale and distributed energy storage.

2017 was one of the most exciting years yet for energy storage, as several markets saw formative policy developments, interesting business models materialize and a rush of corporate merger and acquisition activity. A total of 1.4 gigawatts and 2.3 gigawatt-hours of energy storage was deployed globally in 2017, with Australia taking the pole position in terms of power capacity at 246 MW, while the USA market led the world in terms of energy capacity at 431MWh.

The USA is expected to remain the world’s biggest market for energy storage until 2022, but China’s catching up, GTM Research has said. A look at how energy storage is expanding across the world.

The USA and Australia lead the pack in 2017, several mega-projects coming online and market drivers that reward storage investment. Germany and Australia thrive in the residential storage segment, which hasn’t achieved significant scale in the USA.

China is just getting started, but could surpass almost everyone in deployments over the next five years. Based on energy capacity, though, the USA. remained top dog with 431 megawatt-hours deployed last year. Australia came in second on that metric, followed by Germany, China and Japan.

What is happening in Australia around battery storage?

For power capacity, Australia’s 2017 deployment of 246 megawatts beat out the USA and every other nation. Tesla’s record-setting Hornsdale project played a pivotal role, delivering 100 megawatts in one go.

The world’s biggest lithium-ion battery built by tech billionaire Elon Musk’s company Tesla last year has survived its first summer in South Australia’s mid-north. The arrival of grid-scale battery storage in Australia was a long time coming but the presence of the world’s biggest lithium-ion battery in South Australia and its performance in its first few months is every bit as exciting as its boosters hoped and its detractors feared.

The Australian Energy Market Operator (AEMO) is now looking to the Tesla big battery and others like it as its first line of defense against the kind of potentially catastrophic events that triggered the blackout in South Australia more than 18 months ago.

Victoria is the latest state to take a giant step towards boosting its renewables and storage capacity, with two large lithium-ion batteries to be brought online before the end of the year.

Two large-scale grid connected batteries (sized at 25MW/50MWh and 30MW/30MWh) will be installed in the state’s west in the regional hubs of Ballarat and Kerang, with the technology capable of powering 20,000 homes for an hour during peak periods.

Battery storage will play a key role at the consumer level too, as more households and businesses add battery storage to get the best value out of their solar systems, reduce their exposure to the high cost of grid power, and secure back-up needs.

How Dara could contribute towards providing switchboard solutions for Storage projects?

A switchboard is an important asset in a power distribution network and provides the base for circuit, equipment and user protection. DaRa Switchboards has also seen tremendous success in the EV sector, with our switchboards being the preferred switchboard in ongoing construction of Tesla supercharger stations across Australia.

Our capabilities in 3D design and engineering has enabled us deliver custom made switchboards and cabinets for battery storage projects in Victoria through utilities and electrical contractors.

As the energy needs of our country grow, so do the capabilities of our manufacturing plant. At DaRa, our aim is to be switched on to coming energy changes and meet them with the same excellence that we apply to our switchboard design and manufacturing process.

We at DaRa strive to deliver nothing less than perfection, which is why we consider ourselves the trusted electrical switchboard manufacturer for all industry solutions. Our switchboards are recognized for their attention to detail quality design, delivery and our team is highly regarded as some of the most helpful switchboard engineers today.

To learn more about the work we’ve done at DaRa, get in touch with one of our team today.