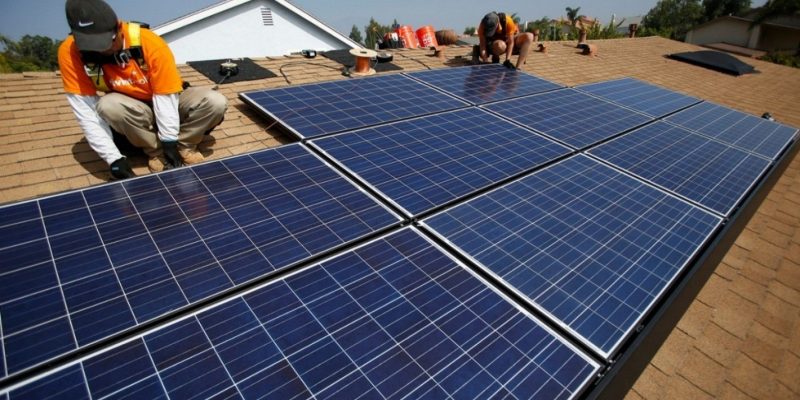 Australia is betting big on renewable energy and solar companies are taking notice.

Rising power costs are causing homeowners and businesses to think seriously about installing PV roofing. The federal STC subsidy provides an incentive and is a driving force in the PV market. People are expressing interest in battery storage alongside a PV roof to store solar energy for future use and want a “complete system”.

A massive solar energy boom is being predicted for 2018, after an unprecedented number of industrial solar farms were approved by the New South Wales and Queensland governments last year.

A team at the University of New South Wales led by Professor Martin Green worked with a local company to create a highly efficient Solar Energy system that uses mirrors to concentrate sunlight onto a central solar panel to generate electricity.

The method is known as concentrator photovoltaic (CPV), and the result is a system with an efficiency of 40 percent, meaning 40 percent of the sunlight hitting the solar panels is converted into energy — the highest such level ever achieved.

Small and medium businesses installing rooftop solar to cut costs and gain more independence from the grid have helped to deliver another bumper month for rooftop solar in Australia, with a total of 126MW installed across June.

The latest data from solar analysts SunWiz shows that while registrations fell for the month from May’s record volume, they fell to a level that was still the second-highest on record.

That means, says SunWiz managing director Warwick Johnston, that “for the first six months of 2018 we’re just shy of the total sub-100kW installation tally for 2015 or 2016. We’re also 50 per cent ahead of the same time last year.” (See chart below.)

Driving momentum this month has been commercial-sized solar systems, with significant growth in systems sized over 30kW. Residential registrations, meanwhile, “fell pronouncedly,” says Johnston. “Rooftop installations and utilities are both booming and could turbo-boost the solar numbers overall.”

In New South Wales, the planning minister, Anthony Roberts said the 10 new solar farms would generate 1.2GW of energy and reduce carbon emissions by more than 2.5m tonnes – the equivalent of taking about 800,000 cars off the road.

“Solar is the cheapest way to generate electricity in the world – full stop,” he said. “It’s not unusual for grid pricing to be north of 20c per kilowatt hour in a majority of jurisdictions. A solar array, at an average size for an average home, if you amortize the cost over 20 years, the effective rate is 5c per kilowatt hour. That’s called an economic no-brainer.”

2017 saw a record 1.25GW of solar power added to the grid nationally, counting both large-scale solar farms and rooftop panels. The predicted rate of rooftop panels alone in 2018 is expected to be 1.4GW.

In commercial and industrial buildings, you will often find that the main switchboard needs upgrading to connect the solar power into the network. Discuss your switchboard upgrade requirements with Dara Switchboards who will provide a tailor made switchboard solution to suite your site specific requirements.